My neuroscience lab at Wake Forest School of Medicine runs a lot of human behavioral studies, and the data is often stored as text files. I’ve been working on improving our data analysis pipelines and have developed packages to easily parse the data. The first function in the workflow accepts a path to the data file, e.g. read_task_data(). A colleague asked for help collecting and processing task data, uploading it to a cloud storage solution, and deleting local copies. I thought how I would achieve that and sent her some functions to try. She followed up with some great questions, and I thought I would write a quick post to clarify some topics and hopefully help others with a similar goal.

A path is a character string that tells a computer where a directory (folder) or file is located. For example, “~/Desktop/cool-folder/hot-file.txt” says the file “hot-file.txt” is located within the “cool-folder” directory on the compiuter’s desktop.

Directory paths can be generated using tempdir(), which returns a directory path that exists only as long as the current R Session. File paths can be generated using tempfile(), which returns a random character string within a specified directory, defaulting to tempdir(), that has a file prefix and (optional) file extension. By default, these directories and files have no content, but can be populated with functions such as writeLines().

To optimize storage space, the unlink() function allows you to delete directories and files, accepting a character vector of file/directory paths as its first argument.

A directory is more commonly called a folder, and a file is just a file. Directories can have subdirectories (folders within folders), and files can be housed in any directory. You tell R, and other programming languages, where a directory or file is with a path. For example, on a Mac computer,1 the path for your Desktop is “~/Desktop”.2

Note: A path does not mean there is any content stored at that location. We will revisit this idea in a later section.

In R, temporary directories are created with the function tempdir(), and temporary files with tempfile().

tempdir() returns a character string specifying the path to a session-specific directory. That is, when a new R session is initialized, a temporary directory is created, and it lasts only as long as the current R session. For example, typing tempdir() returns the following path:

When I restart my R Session, however, and check if that directory exists, I see it does not, but a new temporary directory path does.

Anything that is saved within the temporary directory specified by the path from tempdir() will be unavailable at the start of a new R session.

In contrast to tempdir(), the function tempfile() returns a file relative to a specific directory. That is, the following code will return a path for a generic file within the temporary directory.

By default, the file path is relative to the session-specific temporary directory – in this case it is relative to the one from the previous section. Also, note that the random string returned by tempfile, “file9c3c57654632”, is prefixed with “file” and not suffixed with a file extension such as .txt, .pdf, or .png. All three attributes – relative (temp) directory, file prefix and extension – can be specified with the tempfile() arguments. Consider:

As alluded to earlier, tempdir() and tempfile() only return a path to a directory or file. These will not have content associated with it initially. Consider the following, where we create a temp file, and read it in with readLines().

We see an error because this file does not actually exist. The path specifies where to find the file, though, we have not defined any content. We can use writeLines() as follows to add content and then read the data in with no error 🎉:

In order to optimize storage space, you may wish to delete files or directories after they have been read/processed/saved/etc. This is most easily done with the unlink() function. For example:

Consider the following function, which accepts a file path, reads in the data, prints a sentence, and deletes the file specified by the path.

Below, I show an example of using temporary files as discussed in this post. First, I specify the file name using tempfile(). I then add content to it with writeLines() (note I could also use write.csv() or a number of other functions depending on the data). Next, for illustrative purposes, I check that the file does in fact exist. I then use the print_favorite_food() function described above to print a sentence based on the data and delete the original file. Lastly, I check that the file does not exist.

In this post, I illustrated how to use temporary files to write data, read and manipulate it, and then delete the original file for storage optimization. I described the tempdir(), tempfile(), and unlink(), functions and the difference between file/directory paths and contents.

If you have any questions or feedback, please leave a comment below! For more of my work, please check out my GitHub. If you want to chat about anything (including neuroscience, #rstats, piano, or my cat), DM me on Twitter. Need help with an #rstats or {shiny} project? I’m available for consulting – just send me an email! 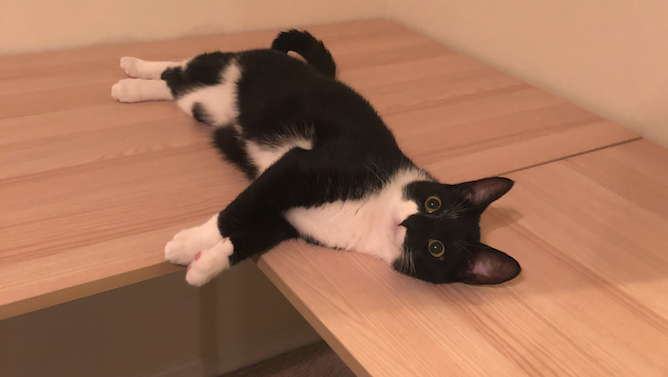 A blog about R, Neuroscience, and more. Written on my cat’s desk.